Employee of the month 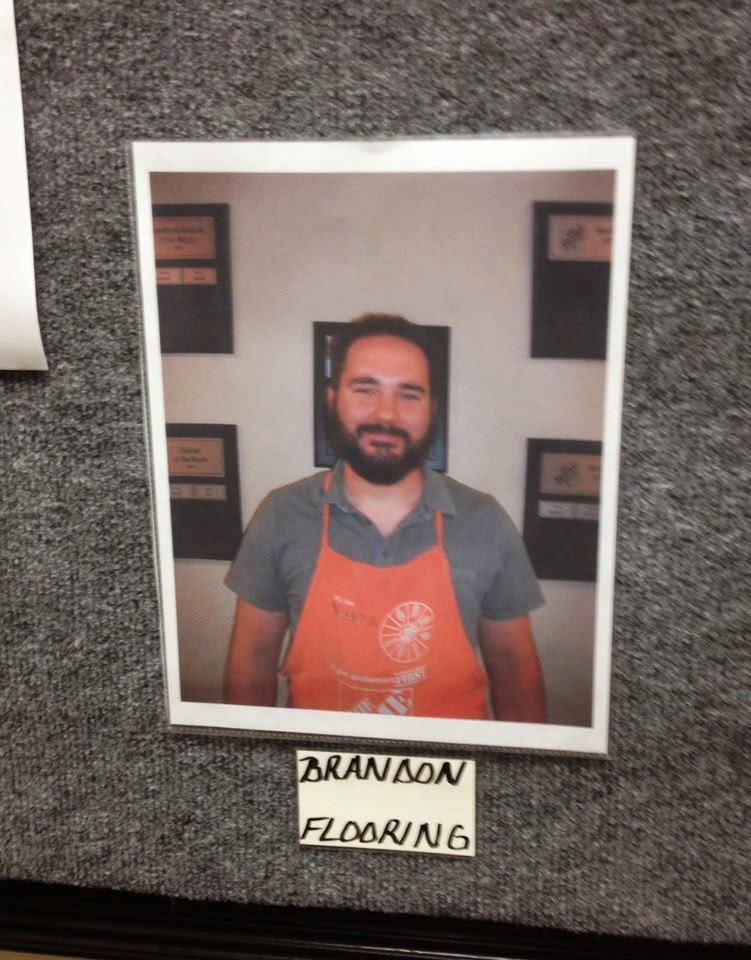 I haven't been making a lot of pots this year, I did my last wood firing in October of 2013.  I did make quite a large number of pots this summer but 3 firings worth went straight to the landfill.  I took a part time job at Home Depot in February to help make up the difference for not making and selling pots.  I've been teaching for six and a half years and a carpenter before that, and while I've taken the occasional side job this is the first time I've worked in a structured work environment since 2006.  I think artists tend to be self starters, we're creative thinkers and problem solvers, as well as go-getters.  We (or at least I) work best independently.  I've worked in retail, food service, and construction and I've quickly advanced to some type of leadership/management position in all those jobs.  My motivation has never been just financial, I'm a stubborn, independent problem solver, and being in a position of leadership gives me the opportunity to do things the way I want to do them.  Since starting at the Home Depot I've been named employee of the month twice and have been offered the opportunity for advancement and a new career path, this I politely declined.  It's easy to be enticed by steady income and benefits, I've been down this path before but I know better.  No matter how far you advance and how much freedom you're given the independent spirit will always be stifled and possibly broken.  This is okay for some, but not for me.  I want something that's mine, I control it, it lives and dies with my decisions.

It's strange to find a meaningful quote in such a strange place as the Gilmore Girls, but nonetheless I think Luke, the grumpy diner owner, said it best when his nephew dropped out of school to work at walmart and then criticized him for working in a diner:

I like that it's not about the money, it's about the freedom and the pride of building something.  "I built it, this is mine!"  Indeed.  I look forward to hitting it hard in 2015.

Cheers!
Posted by brandon phillips at 11:07 AM 2 comments: