We're still working on the house...my father came into town for the weekend to give me a hand. We hung the sheetrock in the bedroom and then gutted the living room. I meant to take more photos of the progress in the bedroom but it just slipped my mind. We're doing the exact same thing in the living room so maybe I'll be able to snap some more shots. 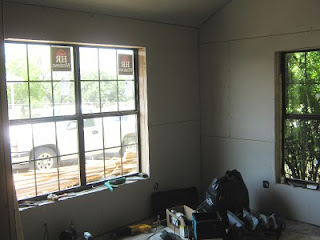 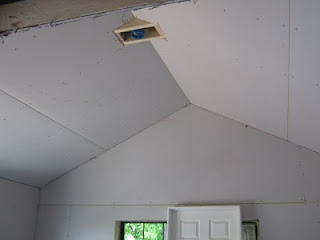 The living room. On the right side you can see 2x4's added to the bottom of the existing 2x4 rafters giving us approximately 7+ inches. This is to give enough room for venting and insulation up to the peak of the vault. The 2x4's on the left are braces for the roof, they'll come out after the other side of the ceiling is in...or I might leave them if they're not in the way, more bracing is never a bad thing. 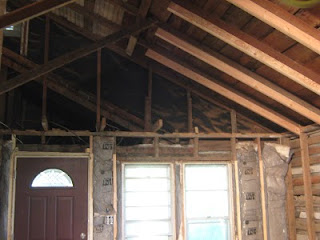 By attaching strips of OSB to the 2x4's and then nailing that to the existing rafters we're able to get an approximate 2x8 thickness. OSB oriented in this fashion is actually stronger than dimensional lumber(look up I-Joists if you've never heard of them.) The rafters had a bit of sag to them so by using these OSB strips and forcing up the rafters we ended up with a perfectly straight and flat ceiling. I initially was going to put strips on both sides of the rafter but the originals are true 2x4's, 2"thick vs 1.5" for current lumber so I'll just leave it at this. 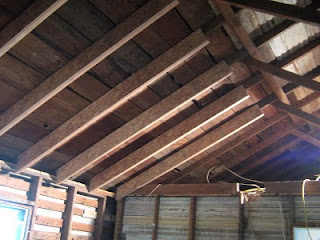 Here is a photo of Lucy and me sitting in the living room circa 2006 when I bought the house. It'll be quite the dramatic change. 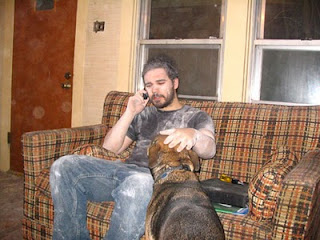 Last but not least, an early birthday present to myself. One of my favorite potters and one of the best in my opinion. Can you guess who? Not terribly difficult. On a difficulty rating of 1-10 this is about a 3. 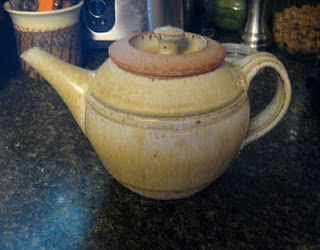 Cheers!
Posted by brandon phillips at 11:57 AM 5 comments:

Rattle snakes, coral snakes, these things I can handle. These guys make me want to hightail it back to the north. Ewwwww..... 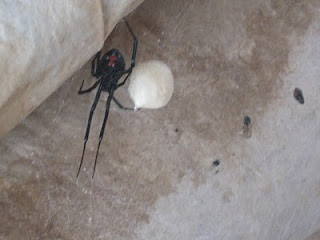 I have the month of May off and while I would always prefer to make pots we've chosen to do some home renovating. We're remodeling our bedroom and living room and we're starting with the bedroom, new windows, insulation, new sheetrock and a vaulted ceiling. After the bedroom we'll do the same thing to the living room.

All of the walls and ceilings were covered in tongue and groove paneling that needed to be removed which was a bit of a task. I tried to remove it so as not to damage it but I discovered quickly that wasn't going to happen. So, at least I have some firewood for the kiln. 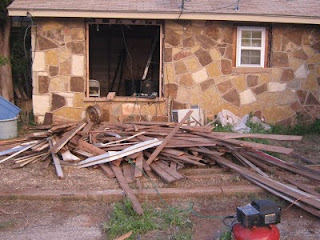 Within one of the walls I found a square that I assume belonged to one of the carpenters. It's at least 70 years old, kinda cool. 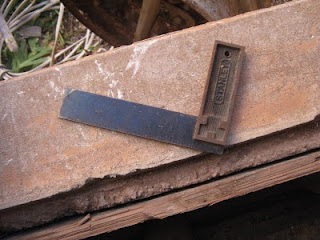 Here's a photo looking through the joists to the rafters. In order to vault the ceilings the ridge has to be supported so that the roof doesn't push the walls outward. This usually requires a large beam to carry the load but in this case we were lucky to have the main load bearing wall directly underneath the ridge so we can basically just build a stud wall. 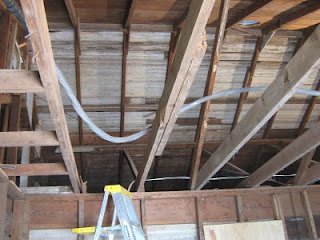 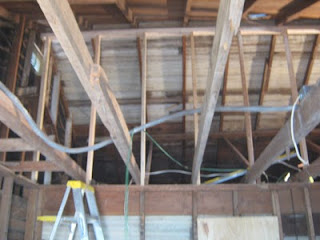 That's all I have for now.