we only had a day to visit potteries and such, so i crammed as much in as i could. the first two places we visited were randy johnston's and willem gebben's. they both live in wisconsin, randy is right on the border and willem is about an hour from the mn/wis border. i've sized all these photos a little larger than normal so you could see some of the pots better.

this is randy's place, there was a whole bunch of pots there, more than i've ever seen there before. i've always loved randy and his wife jan's work. about 80% of the domestic ware(plates, bowls, mugs, etc.) you see here are jan's and are very reasonably priced. randy's work on the other hand is quite expensive. its a bit of an irony i suppose that the people who might appreciate his work the most(potters) are the ones who probably can't afford it! to give you an idea his smallest platters(15-16") were $700 and that large orange one in the photo below was about 22" and was $1600. the most inexpensive slab pieces were about $400 ranging up to $1200. i'm not trying to knock on randy, not at all. its just a surprise knowing that he's a student of warren's and all that his work is so expensive. anyways, here are photos of his showroom and a couple of platters that made me drool. 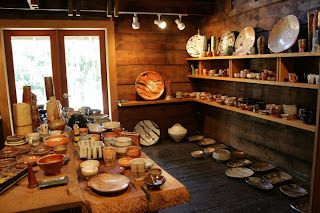 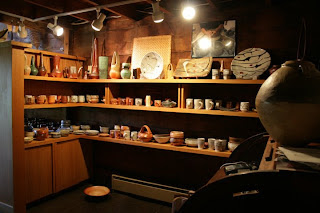 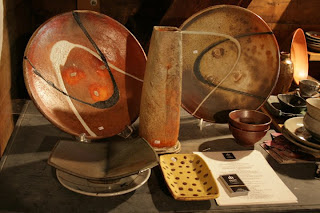 this is willem gebben's place in colfax, wisconsin. he wasn't home when we were there but we found out through the grapevine that he had just had a huge show the weekend before so he was sort of picked over. about 1/3 of the pots here were seconds but there were still some pretty sweet pots. 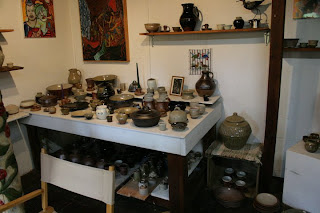 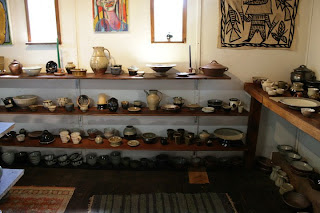 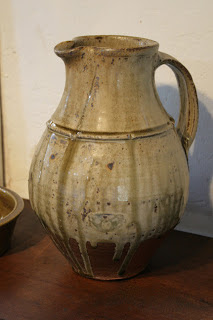 this was my favorite piece, i wish we'd have come home with it. 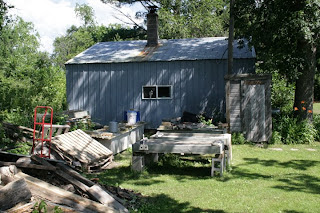 this is willem's studio, notice the clay drying racks. 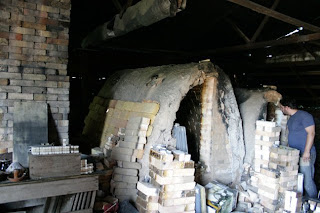 his kiln is deceptively large. it steps down inside and must be 6 1/2 to 7 feet tall chamber height. 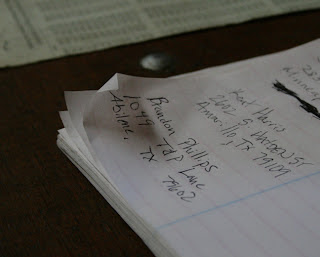 this was kind of funny, apperently my buddy kent was the last one to sign the guestbook before us.
Posted by brandon phillips at 7:12 AM